While I know that it would seem that it doesn’t get much more insane than believing in flat earth on its own, trust me when I say that it actually gets a LOT more insane than you might imagine! Yes, this is a real thing. Despite the fact that we have a thousand years of science that backs up the fact we are all living on a spherical shaped earth, there has recently been an EXTRAORDINARY rise in people who believe in this easily disproven belief system.

While that seems quite incredible in this day and age of technology, it just keeps getting more and more incredible as you begin to look into the crazy beliefs upon crazy beliefs they have had to pile one on top of another in order to explain away the many impossibilities in their model of the earth.

It’s not that flat earthers simply question what they were taught in school, but they actually believe that there is a worldwide conspiracy going all the way back to Galileo (really!) as a coordinated, synchronized effort by all of the countries of the world to hide the true nature of the shape of the earth from everyone.

This conspiracy necessarily involves vast swaths of government and private people alike including:

and the list goes on and on an on, in an endless spiral of nearly every sector of society necessarily having to hide something. Amazingly, even though this all began as far back as Galileo, no one since the 1600’s has ever leaked a word about any of this, and no one in the history of the world has ever discovered this conspiracy until now. Making flat earthers possibly the 1% of the 1% most clever people to have ever lived, all from watching a few YouTube videos.

Despite the fact that many satellites and even the International Space Station (ISS) can often be seen with the naked eye, flat earthers simply do not believe they exist! The thousands of photographs by amateur astronomers, and the fact that NASA publishes a Timetable of Where to Spot the Space Station, we have satellite phones, ships at sea have satellite internet, there is satellite imagery of the earth, and there are dozens of private satellite manufacturers doesn’t dissuade flat earthers in their denial of satellites one bit.

Do you have a satellite dish for your internet that you had to calculate to position to a satellite and point at the sky? That’s just all part of the conspiracy, and they fool you into thinking you actually have to point it at the sky in a particular direction in order to continue the ruse, but your internet is actually ground-based and you can point it in any direction you choose and still get a ground-based signal.

Some of the less crazy of them found it inconvenient to continue denying what people have been able to see on their own, so many of them believe that satellites DO exist, but that they are merely suspended over the top of the earth via high altitude balloons. Really, I couldn’t make this stuff up if I wanted to.

Why do they believe such an insane idea? See the next section.

There is an Impenetrable Dome over the Earth

The reason they believe that satellites don’t exist is because part of the belief system, for most of them, is the existence of a giant, rotating, impenetrable dome about 5000 miles high that covers the entire earth and into which the sun, moon, and stars are embedded. That is why the celestial bodies seem to rotate over us, not because we are a rotating sphere in space.

In fact, they don’t actually believe in SPACE either! That’s because we are completely enclosed in the dome, it is our only reality, there is nothing outside of the dome (or maybe it’s fluid filled outside the dome, depending upon which flat earther you talk to), and all rockets that have attempted to leave the dome have either crashed or fallen back into the water.

How it is that:

…they haven’t quite figured out yet, but give them another 2000 years and they will certainly have a model that explains all of that. They can see and feel that the earth is flat (but just KNOW the dome is there even though they can’t see or feel it) so there is no need to prove anything to anyone!

There is an Ice Wall that Surrounds the Entire Planet

In my earlier article on Debunking the Flat Earth Ice Wall I’ve discussed the fact that they don’t believe Antarctica is a continent, per se, but is a giant ice wall, around 60,000-80,000 miles long, that is the circumference of the entire planet.

Despite the fact that the Flat Earth Map is a Actually a Projection Map of a Globe, and that is where this idea comes from, this ice wall is a necessary part of their mythology that allows them to answer the question of why no one falls off the edge and why the waters don’t all leak off.

If it’s even possible, this myth gets even more insane. Not only do they claim there is an ice wall, but in order to answer the question about why someone doesn’t just go there and prove it, they concocted a story that the shore is patrolled 24/7 by an entire fleet of 10,000 or more armed UN ships who will kill anyone who steps foot on it, so that no one finds the edge and the round earth deception will not be discovered! And the land has constant armed military presence… on it’s entire 60,000 mile circumference?

The last insane belief I’ll talk about is that they do not believe in gravity! Their disbelief in gravity is not because they need a lack of gravity for their model, or because they have done extensive experimentation disproving gravity, but because the globe ‘needs’ gravity for it’s explanation. Without gravity, ‘water can’t stick to a spinning ball’ as they love to say. So, how to disprove the earth is round in one fell swoop? Just deny a long-proven law of physics, and claim Newton and Einstein were in on the conspiracy to defraud everyone! No evidence or experimentation required! 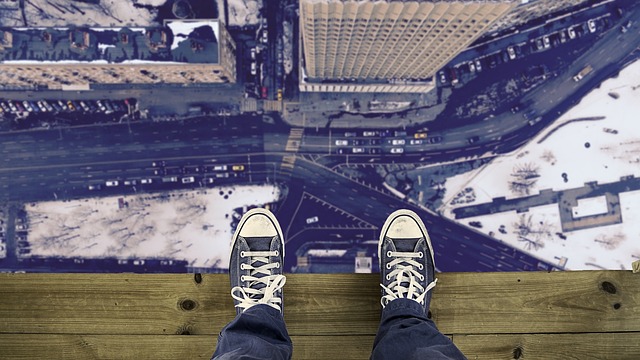 So, why don’t we all float away into the sky when we jump off of a building? Density and buoyancy alone account for that, goes the ad hoc explanation. Point out that the very mathematical formulations of buoyancy and density require gravity to exist, and that you cannot even CALCULATE buoyancy and density without gravity, well, you are just a brainwashed sheeple who parrots what your 4th grade teacher told you. Or perhaps you are an evil freemason who wants to confuse everyone with mathematics!

Ask how and why things fall towards the earth, or why it’s more difficult to climb up hills when you’d be climbing out of more dense layers into less dense layers, and they will just deflect and ask you why gravity is so ‘selective’ that it holds down all of the waters of the earth, but allows a bee to fly. Apparently on a flat earth, the concept of a force called ‘lift’ does not exist, and bees are able to fly because they are able to change their density? I’m not quite sure, as these are all vaguely explained differently by different people depending upon which YouTube video they watched, I suppose.

In any case, I hope you enjoyed this article and that you learned a lot about this cult belief that is, surprisingly, exploding in popularity. I guess that being able to claim to be smarter than every scientist to have ever lived in the past thousand years is an attractive proposition for those with marginal logic and reasoning abilities.

No need for long, boring science classes, credentials from ‘freemason’ universities, or detailed experimentation to disprove long-established laws of physics. Just watch a few YouTube videos, put up a few memes on Facebook, and you too will have uncovered the lies and errors of Galileo, Newton, Einstein, and every scientist, physicist, and astronomer in the world; even Tesla was a Stupid Indoctrinated Fool. Now you know.

The Flat Earth Map is a Globe Projection Map, Really!